The production, conceived by Sylvia Stoner and directed by Elizabeth Margolius, alludes to biographical events and relationships in Dickinson’s life and will be performed by Stoner, a soprano from Skidmore College portraying Emily Dickinson; soprano Anne Jennifer Nash, Concordia, as Dickinson’s younger sister, Lavinia; and mezzo-soprano Sharon Campbell, the University of Nebraska Kearney, portraying their sister-in- law, Susan Gilbert. Student performers represent specific figures in the lives of Emily, Lavinia, and Susan, and form the ensemble.

“This concert was conceived with student involvement in mind,” says Nash. “The ensemble represents characters in the Dickinson family’s life. Art songs by 16 different composers, including Aaron Copland and Libby Larson, are combined with pieces composed for this concert by Skidmore College composer Evan Mack to weave a thematic tapestry representing the poet’s life, relationships and art.” 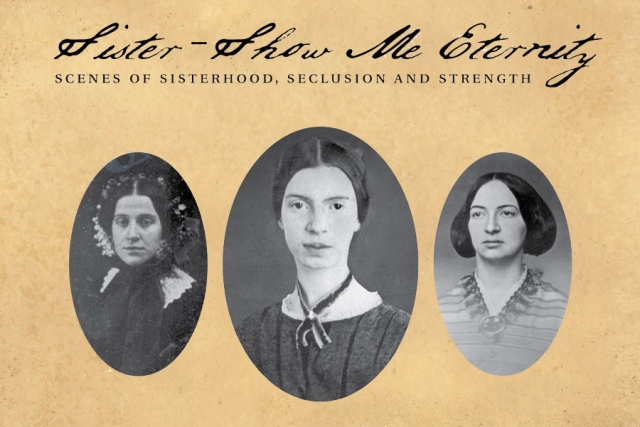 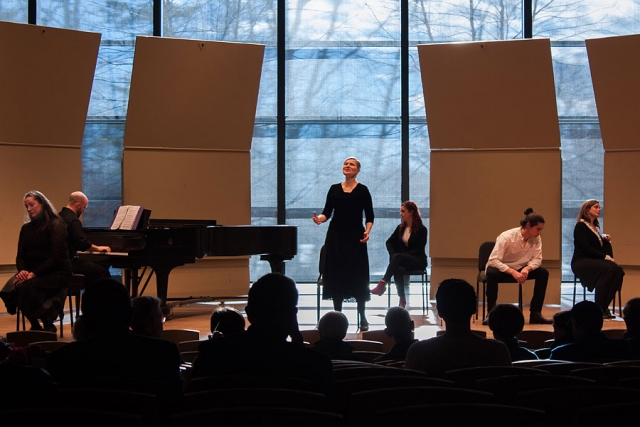 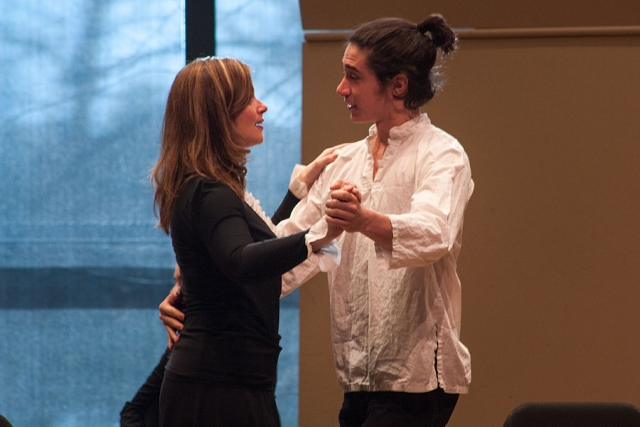 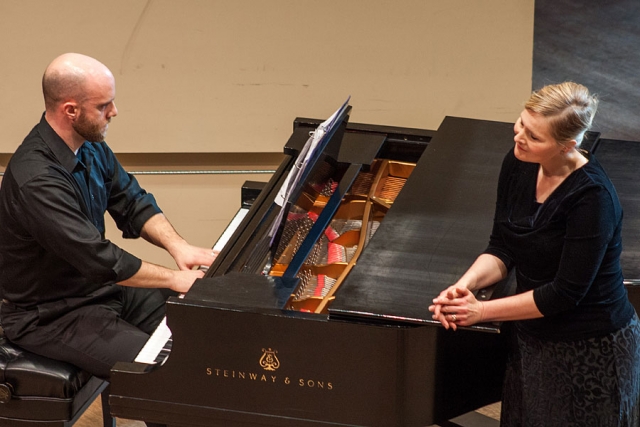 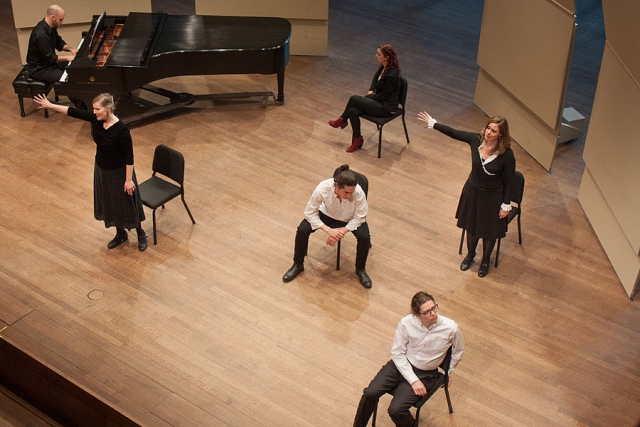 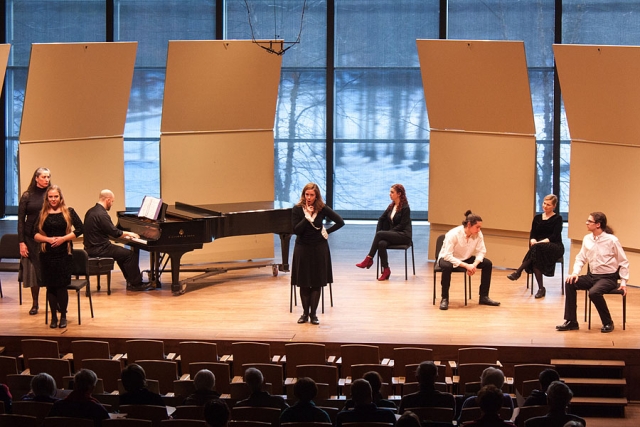 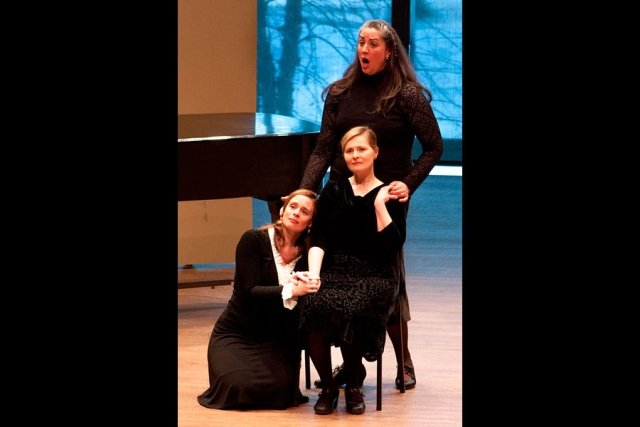 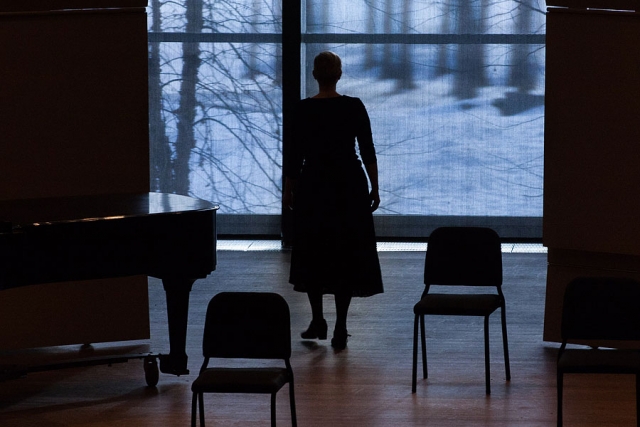 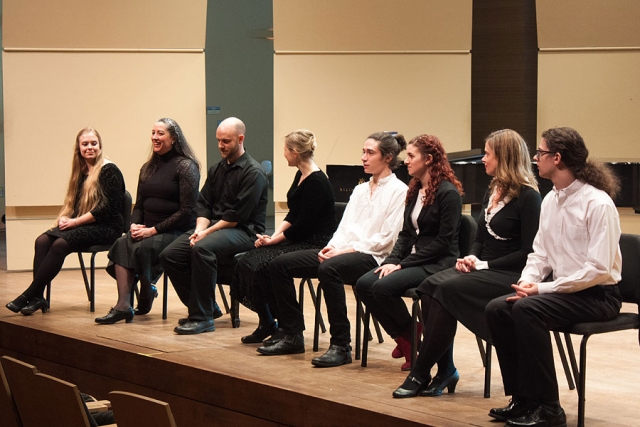 All narrative text was inspired by Susan Gilbert’s eulogy at the funeral of Emily Dickinson. 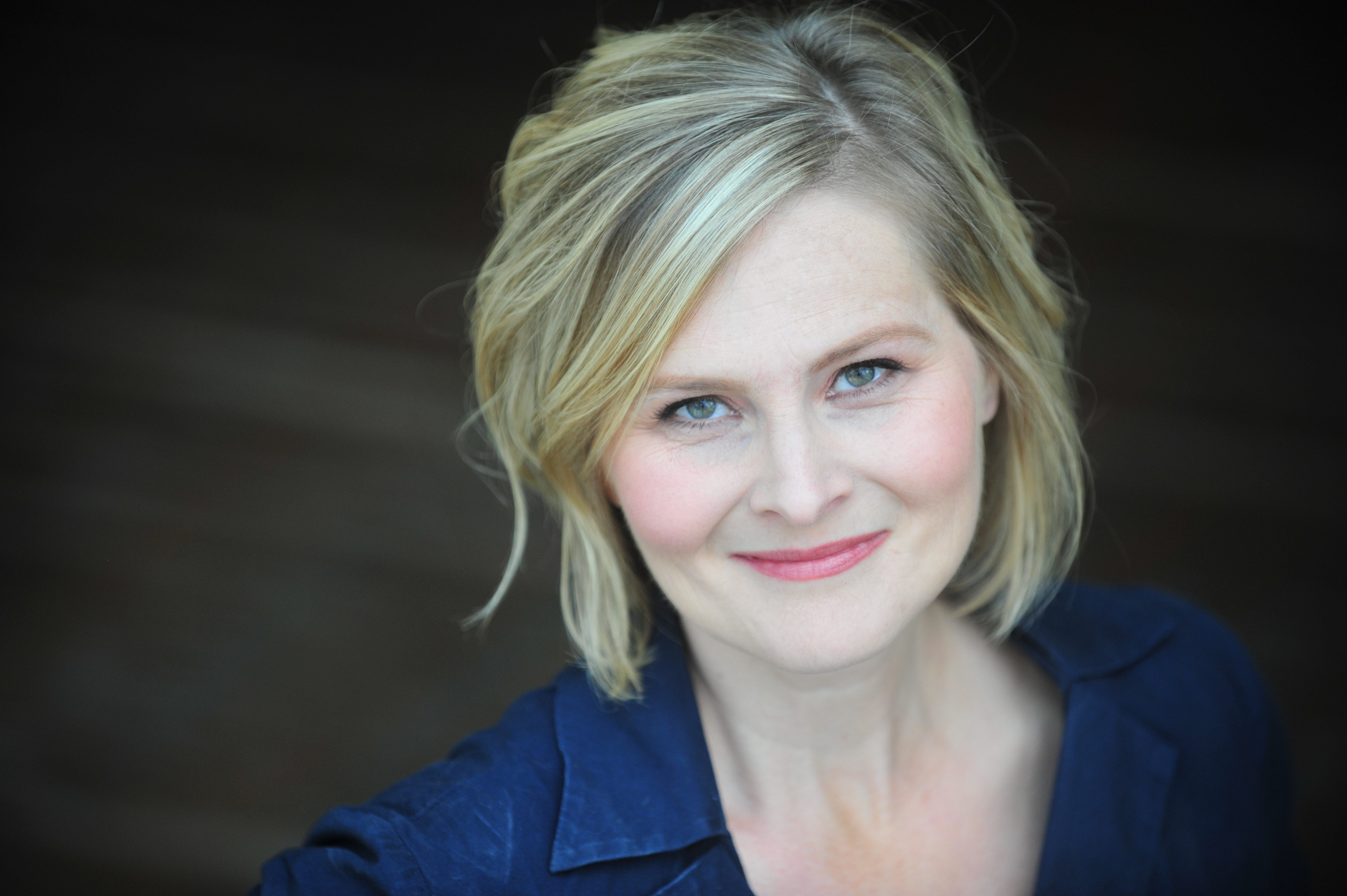 Sharon O’Connell Campbell, mezzo-soprano, is at home in opera, concert, and recital repertoire. She has appeared as a soloist in Beethoven's Mass in C with Skidmore College, in Handel's Messiah and Bach's St. Matthew Passion with Bethany College, in Vivaldi's Gloria with Black Hills State University, the Beethoven Symphony No. 9 with the University of New Mexico and with the Kansas City Philharmonic, and in Bradley Ellingboe’s Requiem with the Chicago Arts Orchestra.

Campbell frequently performs (often premiering) newly-composed works and is an annual performer on the University of Nebraska at Kearney New Music Festival. She has performed staged concerts in Missouri, Kansas and Nebraska. Her numerous opera roles include the Third Lady in the Lyric Opera of Kansas City production of Die Zauberflöte, Baba in The Medium and Cherubino in Le Nozze di Figaro with Civic Opera of Kansas City, La Badessa (Suor Angelica) with The Nebraska Opera Project, The Princess (Sister Angelica), Florence Pike (Albert Herring), Mistress Quickly (Falstaff), Hansel (Hansel and Gretel), Mme. Du Croissy (Dialogue of the Carmelites), and as Rosemary Sidney in the University of Kansas world première production of Picnic.

Dr. Campbell is a graduate of the University of Kansas, where she earned the Doctor of Musical Arts degree in Vocal Performance (as a student of Joyce Castle). She holds the M.M. from the Conservatory of University of Missouri-Kansas City (Inci Bashar, Classical Singer 2009 "Teacher of the Year"), and B.M. from the University of New Mexico (Bradley Ellingboe).

As a scholar she has published articles in the AmeriGrove encyclopedia published by Oxford University Press and has published and presented internationally on musical theatre performance practices. She has co-presented at the International Tuba Euphonium Conference on the evolution of the vocalise.

She is an Associate Professor of Music at the University of Nebraska at Kearney. Previously, she taught studio voice for the University of Kansas and served as Visiting Lecturer in Music at Benedictine College (Atchison, KS). Dr. Campbell has worked as a performer and administrator for the Education/Outreach programs of both Santa Fe Opera and Lyric Opera of Kansas City where she developed educational materials and conducted clinics and workshops for preschool through high school students. She is a member of the National Association of Teachers of Singing.

Anne Jennifer Nash is heralded as an exceptional lyric soprano with an “uncommon beauty of expression and musicianship.”
–Anthony Tommasini, The New York Times.

2017-2018 performances include: Bea in Jake Heggie’s Three Decembers, an American Art Song recital in Oxford, UK, Ralph Vaughn Williams’s oratorio Dona Nobis Pacem, and multiple performances of Sister-Show Me Eternity, a touring collaboration between faculty from Skidmore College, the University of Nebraska at Kearney, and Concordia College on the life of poet Emily Dickinson.

A sought-after performer of new music, Dr. Nash has premiered several works including René Clausen’s 2017 oratorio The Passion of Jesus Christ at Orchestral Hall in Minneapolis, MN. She is a regular collaborator with Indiana-based composer Allen McCullough, and in 2015 she premiered his award winning song cycle and Lotte Lehman Foundation commission, The Blue Symphony. Dr. Nash also worked with Libby Larsen at Pepperdine University on the 2011 premier of Donal Oge, commissioned for Dr. Nash by SongFest and the Sorel Foundation. Her recording of the work with pianist Nathan Salazar can be found on the CD “New American Song@SongFest.”

Conference performances and presentations include “Transforming Art Song into Music Theatre-the creative process of Sister Show me Eternity” at the 2018 NATS National Conference, and “Cusqueño Compositions: Life and Works of Armando Guevara Ochoa,” at the 2017 College Music Society International Conference in Sydney, Australia.

A frequent guest clinician, Dr. Nash has presented master classes at Skidmore College, University of Nebraska at Kearney, Washington State University, University of Idaho, University of Michigan, Hope College, and Dickinson College. In 2015, her teaching was nationally recognized by invitation to join the prestigious NATS Intern program. Her students are frequent winners at NATS competitions and attend premier summer programs and graduate schools.

Dr. Nash holds a DMA in Voice Performance from the University of Michigan where she was the Elise Choy Lee Scholar for Exceptional Merit, Commitment, and Promise. Her mentors include Martin Katz and Freda Herseth. In 2012, she joined the voice faculty of Concordia College in Moorhead, MN, as Assistant Professor; there she teaches studio voice, diction, and opera scenes, and interdisciplinary classes with the German department.

Dr. Nash is a founding faculty member of the Brancaleoni International Music Festival in Piobbico, Italy, and the Apprentice Program Coordinator for the Cornish-American Song Institute in Oxford and Falmouth, UK.

A native of Pittsford, New York, Dr. Nash can be found (when not teaching or performing) riding dressage on Swedish Warmbloods and volunteering at local animal shelters.

A diverse professional singer and actor, she has performed across the country in opera and theater. Regional opera credits include the Des Moines Metro Opera, Shreveport Opera, Opera Omaha, Union Avenue Opera, Kentucky Opera, Lake George Opera, Lyric Opera of Kansas City, Kansas Concert Opera and the Kansas City Puccini Festival. Selected roles include Lisa in Pikovaya Dama, Tatiana in Eugene Onegin, Manon in Manon Lescaut, Nedda in I Pagliacci and Marguerite in Faust. She has performed various chamber works including Resphigi’s Il Tramonto in Italy with Orvieto Musica, as well as contemporary classical with the NewEar Ensemble, and early music with the Spencer Consort. She most recently was the soprano soloist in Haydn’s Creation with the Battenkill Chorale.

She was a regional winner of the National Council Auditions for the Metropolitan Opera, and a finalist in the Marcella Sembrich competition, the Naftzger and NATS competitions. Acting credits include the national tour of Terence McNally’s MARIA CALLAS: MASTERCLASS, as well as productions with the Kansas City Repertory Theater, the New Theatre, the Metropolitan Ensemble Theatre, Starlight Theater, and Quality Hill Playhouse.

She obtained her Doctorate of Musical Arts Degree with honors in vocal performance at the University of Kansas and is currently the Artist-in-Residence in Voice at Skidmore College.